This year’s Vodafone Ghana Music Awards has come to a successful end with Kuami Eugene having his name written in the history book as “Artiste of the Year” winner.

He beat off stiff competition from rappers Sarkodie and Medikal, singer Kofi Kinaata and the only woman in the category, Diana Hamilton, to grab the coveted the award.

The award scheme was launched in 1999 by Charterhouse Productions – an event company in Ghana – and since its inception, a bunch of legends and newcomers have made remarkable impacts on the show.

However, the conversations and controversies surrounding the “Artiste of the Year” – the topmost category – have been overwhelming.

All the years have winners for the topmost category, however, in 2019, it was annulled due to a brawl that broke between controversial dancehall stars, Stonebwoy and Shatta Wale, to the extent of one of them brandishing a gun on live television.

The decision by the board not to give the award to any artiste nominated that year allowed late dancehall star Ebony Reigns to reign that year. Indirectly, she reigned for two years.

So far, the most awarded musician in the “Artiste of the Year” category is Sarkodie with two; one won in 2010 and the other in 2012. He is the only musician with two accolades.

In 2017, Joe Mettle shocked music lovers when he became the first Ghanaian gospel musician to win the topmost award.

We have compiled a list of all the winners of the “Artiste of the Year” from 1999 to date. 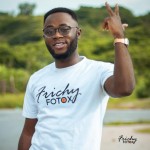 News In: GES debunks the info that Vacation remains 7th and 10th December, 2021 for JHS and Primary Schools respectively

News In: All Basic Schools to remain in school for an extra week for the maiden National Standardised Test– Check Details